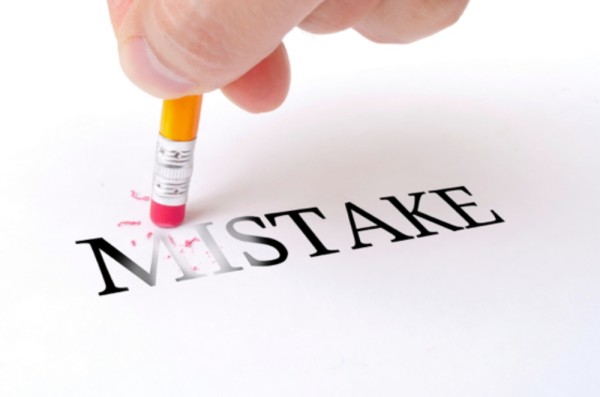 Posted July 25, 2014 by Justworks in Keeping Compliant
Lesson learned: "We should have followed operational best practices, even in the early days." Run payroll correctly from the start to avoid fines!

Our team found this first hand account by Seth Bannon, Founder and CEO of Amicus, to be an extremely compelling account of the mistakes NOT to make when running your own business, especially when it comes to payroll withholding and taxes. Says Seth, about his own business:

Mistakes To Avoid When You Run Payroll

I hired our first accountant this year. I knew our books hadn’t been well kept and was pretty sure we owed some state taxes. He determined we owed about $5,000 in state and local taxes, which we quickly paid. But shortly after, he noticed there hadn’t been any payroll tax payments coming out of our bank account.

Impossible, I thought, Bank of America’s payroll system automatically withholds payroll taxes every month, it’s all automated. But it wasn’t. There was a single “submit tax” button in a separate part of the Bank of America website that had to be clicked to actually pay the taxes. And because the IRS had our old company name (“BlueFusion”) and address on file, we never got any notices. And so I learned that we hadn’t been paying payroll taxes for almost 3 years – a particularly painful thing given I believe in taxes as a means of giving back to society.

When all is said and done, cleaning up this mess (the taxes, the fines, the legal fees, etc.) cost the company over half a million dollars. And we had to pay the vast majority of that to the IRS immediately. Needless to say, such a huge financial shock severely hurt our runway and triggered many difficult changes. This hurt even more because I’d been paying myself one of the lowest salaries on the team to maximize our runway and support our mission, and with this mistake did just the opposite.

We should have followed operational best practices, even in the early days. We used Bank of America’s payroll system to try to save costs, but our tax issue could have been prevented by using a third party payroll provider that automatically submitted payroll tax payments. It also would have been solved by proper budgeting. Doing that, we would’ve noticed the tax discrepancy in a matter of months, instead of years, and benefited from the many other upsides of budgeting as well. We also should have worked with an accountant to keep our books in order. Financial operations aren’t my forté. I have little tolerance for paperwork, forms, or bookkeeping, and so had been putting off some operational tasks for too long – knowing this, I should have outsourced this as early as possible. We now make use of a bookkeeper, an accountant, and all payroll taxes are paid automatically. Don’t cut corners here.

You can read the article in full on Seth's blog.

Then, in late June, Bowers and Lamothe learned indirectly from the company’s accountant that the money problems weren’t over, even though Amicus had paid its back taxes. The company was also on the hook for over $90,000 more in tax penalties, and at least $100,000 in outstanding legal fees. They also discovered that the company had additional financial exposure because it had gone months without workers compensation insurance, something New York State requires.

You can read the full article on New Republic's site.

Need help getting your company set up right with payroll taxes and more? Get in touch, we're here to help.