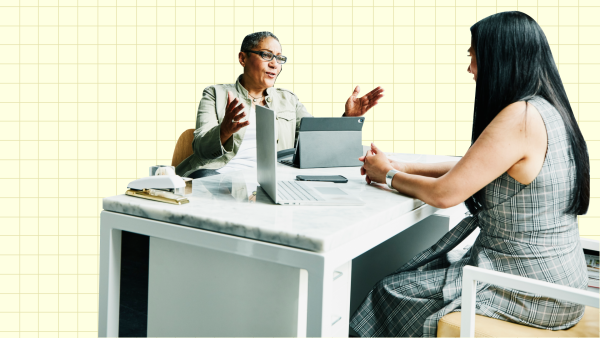 Posted August 6, 2018 by Miranda Geraci-Yee in Keeping Compliant
Many employers face confusion when it comes to classifying their workers as employees or independent contractors. In this post, we’re busting four common myths to help business owners get it right.

As we’ve covered on this blog before, there’s plenty of confusion from employers on how to classify their workers. Some of the most common questions arise from the nuances around employees and independent contractors.

A company that misclassifies employees as independent contractors may be liable for back pay (including overtime compensation), employee benefits, disability payments and workers’ comp, tax and insurance obligations, liquidated damages, and civil monetary penalties.

Still, several myths persist. Here, we bust the top myths about employees and independent contractors, and break down why they’re wrong.

Depending on the employment law at issue, a different test may apply to evaluate a worker's independent contractor status.

The Internal Revenue Service (IRS) uses the “control” test to determine whether an individual is an employee or independent contractor for federal tax purposes. The IRS test standard examines three aspects of the worker's control or independence: behavioral control, financial control, and the relationship of the parties.

You can engage someone as a contractor as a trial period, then hire them as an employee.

If you’ve believed this myth, you’re not alone. Plenty of companies think it’s perfectly okay to hire someone as an independent contractor for a few months as a trial period. If the person performs well, they’ll then bring them on as a full-fledged employee when the trial is up.

Sorry to say, but if you’ve done this, you may not have been following the law — particularly if the nature of the relationship and the work performed were the same during the trial period as they were when you hired the person as an employee.

Classifying someone as an independent contractor has nothing to do with time frame or trial period.

Classifying someone as an independent contractor has nothing to do with time frame or trial period. Classification depends on the facts of each case, application of the appropriate tests, and differences in the interpretation of those tests by courts and administrative agencies.

Filing a Form 1099 and Form W-2 for the same worker in the same taxable year could be a red flag for the IRS. When filing taxes, the individual will be reporting wages earned (on Form W-2) as well as earnings as a self-employed individual (on Form MISC-1099), which may invite scrutiny from the IRS or another government agency.

Related Article: Contractor or Vendor: How Do Businesses Classify for Correct Payment?

MYTH #3: The Worker Gets to Decide

It’s up to the worker whether they want to be an employee or a contractor.

You probably get the point by now, but the short answer here is no. The worker doesn’t get to choose their classification. However, this scenario comes up for many employers.

One common example is a worker who wants flexibility. Maybe they propose an arrangement that allows them to work from home and set their own hours, so they suggest working as an independent contractor.

Again, if the nature of the relationship falls under that of an employee-employer relationship under applicable tests, the worker should be classified as an employee. Of course that doesn’t bar you from creating flexible work arrangements with employees who want them! Developing a remote work or flexible policy with your employees is perfectly fine. It’s up to you as the employer to determine the best strategy for your team.

MYTH #4: The Agreement Makes it So

Posted August 6, 2018 by Miranda Geraci-Yee in Keeping Compliant
Read This Next
Making the correct distinction between an employee and independent...
Read more
January 5 · Keeping Compliant
Part-Time or Temporary Worker – Employee or Independent Contractor?
More in Keeping Compliant
COVID-19 Guidelines Employers Need to Know Before Returning to Work How to Stay Compliant While Working with an Outsourced HR Partner 6 Paid and Unpaid Leave Laws Every Employer Should Know About 1099-MISC Tax Rules: Breaking Down the Form Payroll Taxes in 2020: The Dos and Don'ts