Is an S-Corp Right for My Company?

Forming an S-Corporation can help the shareholders save money on taxes, but there are disadvantages as well. 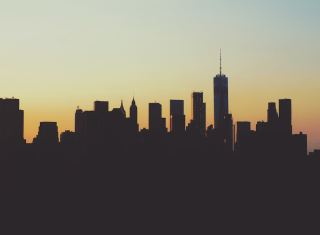 As you’re beginning to grow your small business, questions often arise around how to structure your organization. If you’ve heard the terms C-Corporation and S-Corporation tossed around, it can be confusing to sift through what it all means. More importantly, how do you know what’s right for your business?

This overview of S-Corporations outlines some of the key considerations you need to know. As you move forward, bear in mind that consulting an attorney is the best way to get advice for your specific needs around S-Corporations.

Psst… We developed an eBook for entrepreneurs to help with the many challenges of starting and running a business. Learn more and download the Fearless Confessions eBook.

The first steps to forming an S-Corp are identical to those of a C-Corp, which include coming up with a name, filing the Articles of Organization with the Secretary of State, and then following the rules set by the government. Of course, the actual process may vary depending on the state.

Working shareholders of an S-Corp will only pay self-employment taxes on their earned income and not any distributions they receive as a shareholder.

When forming an S-Corporation, the following rules have to be satisfied:

The IRS mandates that Form 2553 be completed and filed under the following three scenarios:

As with a regular corporation—or even a Sole Proprietorship or LLC—there are certain tax forms that the company has to submit. Specifically, the IRS requires Form 1120S, which is the S-Corp’s annual tax return. Along with this, companies should also file Schedule K-1, which show how the profits and losses are allocated to the owners.

However, submitting all those forms leads to one of the key reasons someone may choose to form an S-Corp: tax breaks.

How do business owners get paid?

There’s a caveat though. The IRS mandates that any shareholder that actually works for the S-Corp has to receive a “reasonable salary.” This is because personal income is taxed at a higher rate than distributions from a corporation. The IRS wants to ensure that the shareholders are not taking their entire pay in distributions when they are also employees of the company.

There are significant advantages and disadvantages to S-Corps that business owners should consider. As described above, the tax implications can be a big advantage.

As an owner, you can avoid having your business taxed twice. With a C-Corp, the profits are taxed first as the corporation and then all distributions are taxed. S-Corps avoid this.

The other advantage is that there are no self-employment taxes on distributions, which allow the shareholders to minimize their tax hit significantly.

Transfer of ownership is another advantage. If more than 50% of a LLC is transferred, the entire entity can be terminated. On the other hand, shareholders of an S-Corp can sell their portion of the business without it resulting in any termination.

There are also some disadvantages to setting up an S-Corp.

The other disadvantage is the “reasonable salary” requirement. The IRS gives little guidance on what constitutes reasonable salary, which can create a lot of ambiguity. However, the IRS has provided some factors that can be used to determine whether salary is reasonable. These include:

One easy way to come up with a salary estimate is to use Salary.com to search for the job that most closely resembles the position in the same geographic area. You should also be aware of what similarly situated employees are making. While it might be appealing to minimize salary in favor of more favorable distribution taxes, it’s not worth dealing with the IRS.

Is an S-Corp Right for My Company?

If your operation is relatively small in size and doesn’t have more than 100 shareholders, the S-Corp could be a great option. Avoiding double taxation is great, and not having to pay self-employment tax is an incredible way to save tens of thousands of dollars.

However, if you plan to go public, you’ll have to deal with the double taxation and stick to a regular C-Corp. Whatever you choose, Justworks provides compliance and payroll support to ensure everything goes off without a hitch.