What About State Tax? 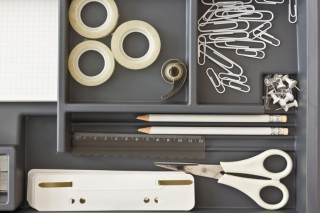 By now, business owners have likely realized that the number of tax documents that the IRS requires companies to file is significant. There’s a reason that accountants responsible for corporate taxes make so much money.

The goal of the FUTA Tax is to provide the federal government with the resources needed to give money to individuals who have lost their jobs through acts out of their control. If an employee is fired, they don’t get unemployment. The money is also used as an emergency fund if an individual state needs resources.

The 940 form, like many of the forms that the IRS has companies fill out, is meant to calculate what you’ve already paid to your state and to the federal government in the previous tax year. Because the employer pays this tax and nothing is contributed by the employee, only the employer has paperwork to file.

The maximum FUTA tax rate is 6%; however, that’s if your state doesn’t collect a single penny in unemployment insurance. A company can deduct up to 5.4% of its federal unemployment tax if they have paid that to their state instead, which means that the smallest amount that a company will pay to the federal government is 0.6%. The tax is collected on the first $7,000 that you pay to employees throughout the year.

The IRS provides two questions to help determine if you must file the 940 tax form before offering a series of exceptions. The two questions are:

If you answer yes to either of these questions, then you are responsible for paying the tax to the federal government.

As stated above, filing Form 940 is meant to be done for the previous year’s payments. It acts as a receipt of sorts, which tells the IRS what payments you made. For example, you would submit Form 940 in 2016 for payments you made in 2015.

Like quarterly income taxes, the FUTA must be paid by the last day of the month immediately following the end of a quarter.

This becomes problematic for employers if they have more lower paid employees rather than fewer highly paid employees. Since every employee incurs a tax, it becomes more of a burden as more employees join the company.

You must file Form 940 on January 31st of the following year; therefore, making a payment and submitting the form happen at the same time.

What About State Tax?

Further, the tax rate varies widely from business to business. In South Carolina, it is 3.3%; whereas, in Arkansas, it is 13.1%. In the case of Arkansas, you’ll be able to claim 5.6% of that 13.1% tax to minimize your federal tax bill.

State tax calculations are dependent on your company's unemployment history. In essence, the more employees that have gone on to collect unemployment from the state in the previous year dictates what your rate will be in the next year. If you have very few former employees actually taking insurance, your business is not a burden on the state and there is less need to tax you.

Because of this, it's important to keep quality paperwork on your employees and pay attention to any unemployment claims with your business name. If you fire an employee, but don’t keep any paperwork about why you fired them, they could claim unemployment insurance which would cost your business down the road. On the other hand, if you have kept quality paperwork and can prove that you let the employee go with cause, you won’t have to pay any insurance on them.

If you’re a Justworks client, you can rest easy knowing that we’ll ensure that the state and federal unemployment insurance rates are paid on time. Justworks will also update you on when the rates change from year to year and ensure paperwork gets to the correct agencies in every state. You have a business to run; Justworks can handle the backend work.