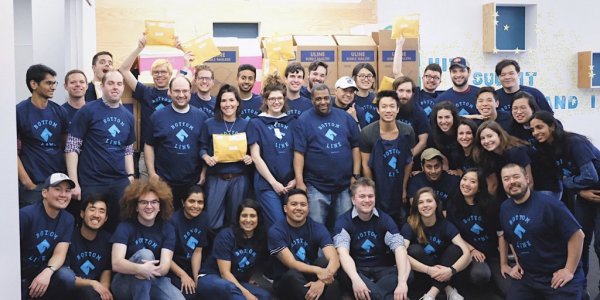 Justworks’ VP of Engineering: Why I Joined Justworks

Posted August 10, 2018 by Bala Pitchandi in Engineering
Ready to learn more about Justworks’ engineering organization? Bala Pitchandi, VP of Engineering, shares his take on the team and why he joined the company.

After leaving my previous employer of 12 years, I took some time off, did some travel, and got back to writing. When I started the search for my new job, I had three goals in mind for my next company: it must be product and engineering-led, it must have a strong leadership team, and it must be in a growth trajectory.

Get the guide on how PEOs work for small businesses.

Why I Joined Justworks

Without a great product and the accompanying engineering talent, a company cannot succeed. As for leaders, company culture and ethos are defined and driven from the top by the leaders. So it's very important to have strong leaders with conviction.

Last but not the least, managing growth is all I did at my previous company, and I learned a lot of lessons the hard way. I wanted to apply those lessons to a place that was growing and see how efficient and seamless the growth can be.

I had never heard of Justworks before I learned about it from a recruiter. My first thoughts were twofold. First, HR must be a really dry space to play in. And second, it must be really simple from a technology and business logic perspective. Boy, was I wrong on both counts!

Our values are such an integral part of what makes Justworks both a great product for our customers and a great place to work for our employees.

As I read more about the company and the HR space, I was blown away by just how complex this space is. When I met Isaac Oates, our CEO, and the senior leadership team, I was impressed not just by what they have built (a thriving and a delightful product), but also by how they created a company around a set of values. I was convinced that this is the place where I want to spend the next chapter of my career.

A lot of companies have values defined on their employee handbooks and websites. Many of them derive their values midcourse and advocate them strongly throughout the organization. I believe there are only a few companies that are built around a set of core values in such a way that they are truly ingrained in the organization.

Justworks is one such company, and our values (Camaraderie, Openness, Grit, Integrity, and Simplicity) are such an integral part of what makes Justworks both a great product for our customers and a great place to work for our employees. Having been here for almost two months, I can say without a doubt that this is the best company that I have ever worked for.

Everyone gets to deploy code on to production, including interns.

At Justworks, engineering is also known for being quirky and fun. We do fun hackathons where we made an omelette out of Ostrich eggs (yes, it’s a thing) and an automated banana peeler. We do team offsites, Friday demos, and work with company resource groups on community projects.

Being Invited and Asked to Dance

Diversity and Inclusion (D+I) are at the forefront of everything we do at Justworks. As a minority and an immigrant, this is a topic that is near and dear to me, and I was pleased to see the progress that Justworks has made.

Related Article: Why Cultivating Diversity in the Workplace Matters at Justworks

While Justworks has done better in this regard than other NYC tech companies — 45% of employees are women, including 27% of the engineering team — we are continuing to work on improving this. We have a dedicated D+I program manager, employee resource groups, D+I events, and a newsletter. I know D+I starts at hiring, and we are working to set the bar really high — not only for us, but for the NYC tech community in general.

As I look ahead to the coming months, I am excited to further these goals in my role as VP of Engineering. I believe in building a culture based on trust, in which diversity, inclusion, and creativity can thrive. This is the future I see for the Justworks engineering organization.