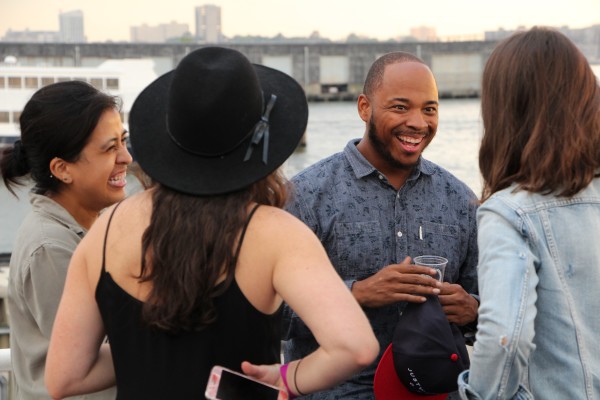 Want Diversity in the Workplace? Rethink Your Recruitment Process

Posted January 31, 2020 by Will Klaynman in Hiring and Onboarding
Studies have shown that diverse teams help businesses to be more successful, but diversity in the workplace doesn’t happen overnight. Justworks recruiter Will Klaynman shares tips on creating a diverse team in a candidate's market.

“Building and recruiting a diverse team is easy.” That’s a sentence that you’ve probably never heard any entrepreneur or talent acquisition professional say. It’s actually quite the opposite of the truth, and diversity in the workplace has been highly emphasized over the last decade or so — with good reason.

A McKinsey report on 366 public companies found that companies in the top quartile for ethnic and racial diversity in management were 35% more likely to have financial returns above their industry mean. In addition, those in the top quartile for gender diversity were 15% more likely to have returns above the industry mean. The bottom line? Diverse companies are successful companies.

At Justworks, I’ve worked closely with our leadership team and hiring managers to prioritize diversity and inclusion in our recruitment process. While we’re always testing new strategies and finding ways to improve, there are a few key areas where we’ve seen success.

Acknowledging the need for diversity in the workplace — and being aware of the effort it takes to do just that — is the easy part. The next step is strategizing and executing on that effort. A common misconception is that organizational diversity happens overnight. Much like Rome, diverse companies aren’t built in a day, but every day they are building.

The early days of starting a company are challenging. When a founder or CEO starts gaining traction with their company, raising funding or generating revenue — and hiring a team that can sustain early growth — is generally at the forefront of their mind. They’re typically not prioritizing diverse hiring during this time.

Minor issue: the main, and probably singular, metric in recruiting was speed to hire. Maybe early investors referred contacts or former colleagues, and folks close to them they know who have done it before. While there may now be some skilled assets in place, they likely share a lot of similar experiences and could lack unique and opposing viewpoints, which is absolutely necessary to build and sustain a collaborative environment.

How do you fix this? Here are some small changes that helped us prioritize diversity in the hiring process at Justworks. 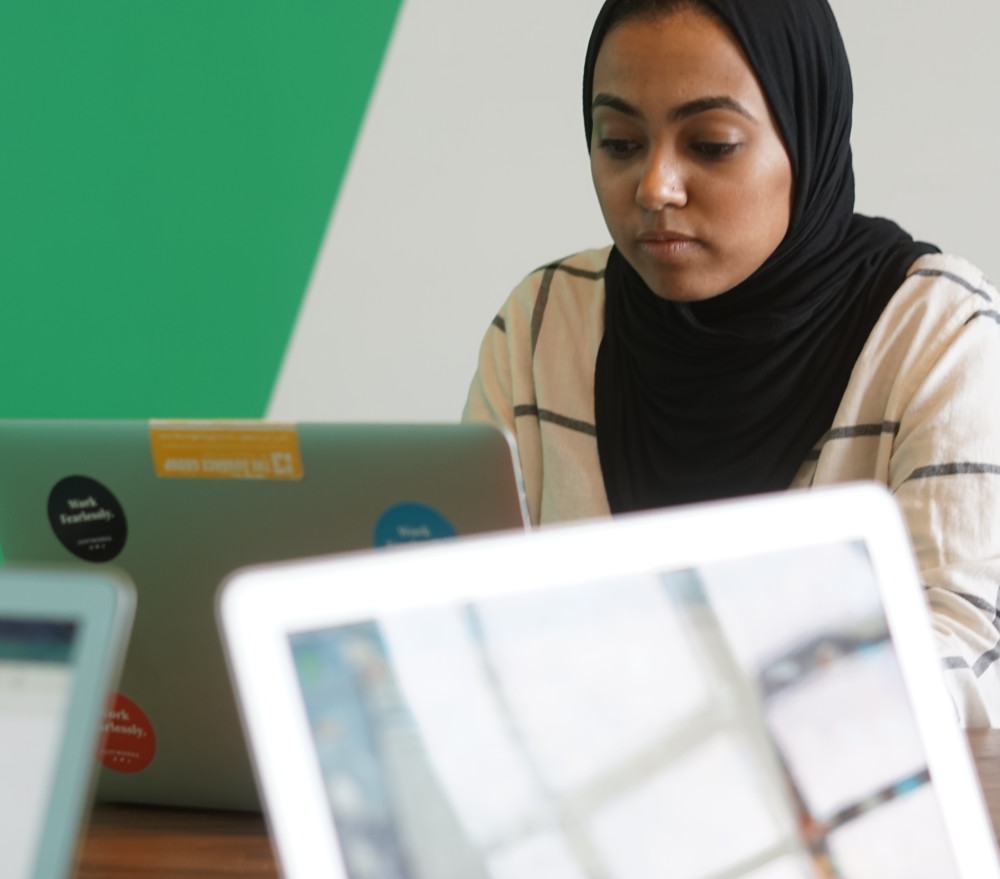 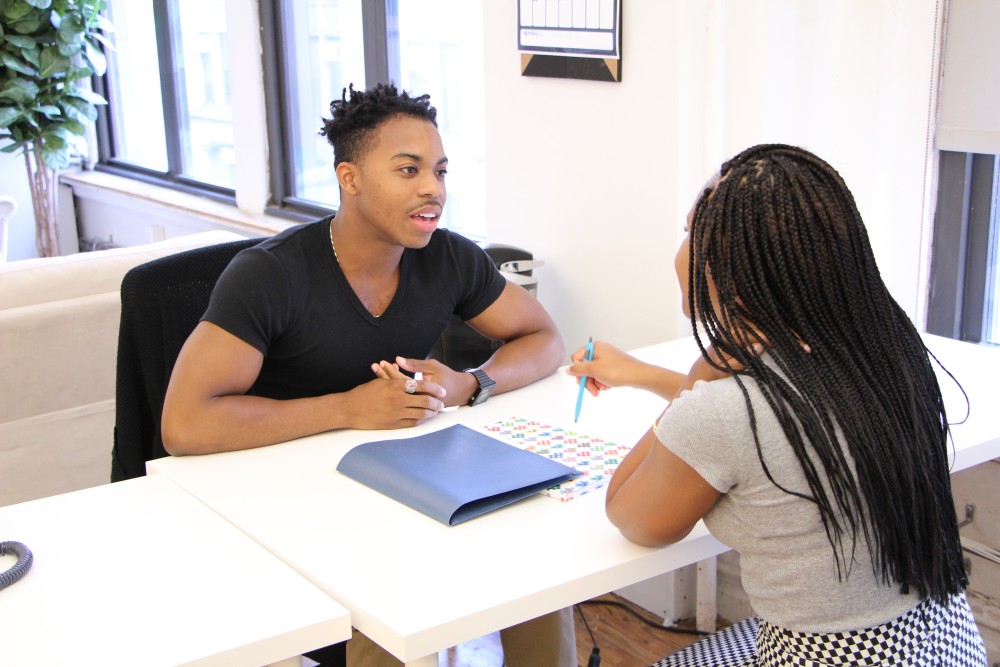 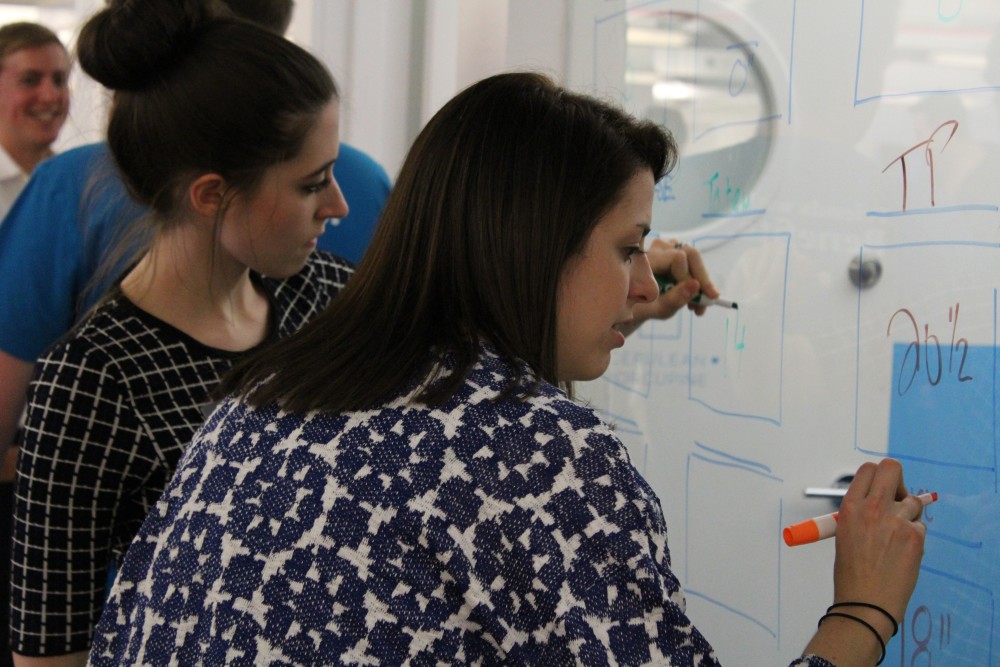 Diversity in the workplace is crucial. Studies have shown that diverse teams perform better.

Obviously, creating a diverse team starts from the beginning of the hiring funnel. Here are some tips for generating a strong pipeline of candidates.

Get a Commitment from Your Hiring Manager

You'll have much more success when setting the hiring needs around diversity and inclusion if you have a partner that feels the same way. For example, when recruiting for engineering roles, I partnered with our Director of Engineering, and we both agreed it was important to tackle the issue of gender equality on the team. We were able to work together to find solutions.

A recruiter and hiring manager partner to identify the hiring need, and identify the effort that goes into creating a diverse candidate pipeline. But you can’t help who applies for your job, right? Actually, you can.

Have a look at job postings. Each company has a little blurb about who they are and what they do (if you don’t, you should!). This is a great opportunity to discuss your company’s culture from an employee happiness standpoint. Touch on diversity and inclusion initiatives, health and wellness offerings, team building outings, etc. Even the qualifications section, which is generally straightforward, can be enhanced with some keywords that highlight specific work/life experience that will attract various different applicants.

From there, you should get proactive. Research job boards and companies that are supporting diverse communities (Girls Who Code, C4Q, etc.) and build relationships with them. Attend networking events and career fairs and promote your jobs there, and utilize social media to reach out and connect with prospective candidates that would add value to the position and the company on the whole.

Hopefully some of the above steps helped you get talented, diverse candidates in the door. But the work isn't over yet. Curating an interview process that is inclusive and an interview team that is reflective of the diversity of your company is the next important step.

Of course, this can be tricky if you're at the beginning of your diversity initiatives. Your company may not be as diverse as you like yet. In those instances, be real! Talk authentically about your diversity and inclusion efforts as a company and how this is something you're actively working toward.

Unique and opposing viewpoints are absolutely necessary to build and sustain a collaborative environment.

Make sure to internally identify the team of employees that will be interviewers for this role and what core competencies and values each individual will focus on. This is an underrated part of the process, but it is so important to make sure that your interview team is varied and reflects the demographics of the team the candidate will be working with.

I’ve had candidates for engineering roles tell me how much they were surprised and pleased that we had female interviewers as part of their experience. Sometimes though, scheduling conflicts can make organizing your ideal interview dream team difficult, and that’s when it helps to get a little creative.

Way back in the spring of 2017, one of our engineering interview exercises centered around organizing a number of people in a list according to certain criteria. The list generally looked like this: “A”, “B”, “C”, … where A, B, and C were the people to be organized. One of our engineers, Mitch Kramer, noticed that it was really difficult to explain to candidates how to structure the problem when we could only refer to the people in it by the letters we had named them.

“I took it upon myself to give the variables human names to make the problem easier to talk and reason about,” Mitch explained. “I figured it would be good to follow the A, B, C pattern that we had, but I didn’t want the names to be boring like Adam, Bob, and Charlie.”

Despite underrepresentation in the field, women pioneered the foundation for much of the technology we use today.

“I really wanted to do something that was relevant to software engineering when it hit me: women are the original historic computer scientists, so we should set up our exercise to feature them. Despite underrepresentation in the field today, women pioneered the foundation for much of the technology we use today.”

Not only is our interview exercise easier to talk and reason about, it also pays tribute to some of the amazing women who made software engineering what it is today.

This is just one way to rethink the interview process to make the experience more inclusive. Acknowledging that there is room for growth and taking steps to improve is a tremendous jumping off point, and also a great spot to level-set with your team when appropriate.

Your approach to diversity doesn't have to be structured — it can be scrappy and creative, just like starting a business. These are just a few of the small things you can start doing today that can have tremendous impact in the long run.

Posted January 31, 2020 by Will Klaynman in Hiring and Onboarding
Read This Next
Establishing an ongoing performance review process is beneficial to both...
Read more
January 24 · Managing Your Team
Making Performance Reviews More Effective With More Time
More in Hiring and Onboarding
Want Diversity in the Workplace? Rethink Your Recruitment Process 13 Ways To Onboard Happy Employees and Increase Retention Justworks has a Great Work Culture. Here’s How We Hire to Keep It. Hiring Interns, The Legal Way How To Win The Talent War