Thriving with a distributed team
Justworks gives Upbuild the tools they need to keep their business nimble with a small overhead. 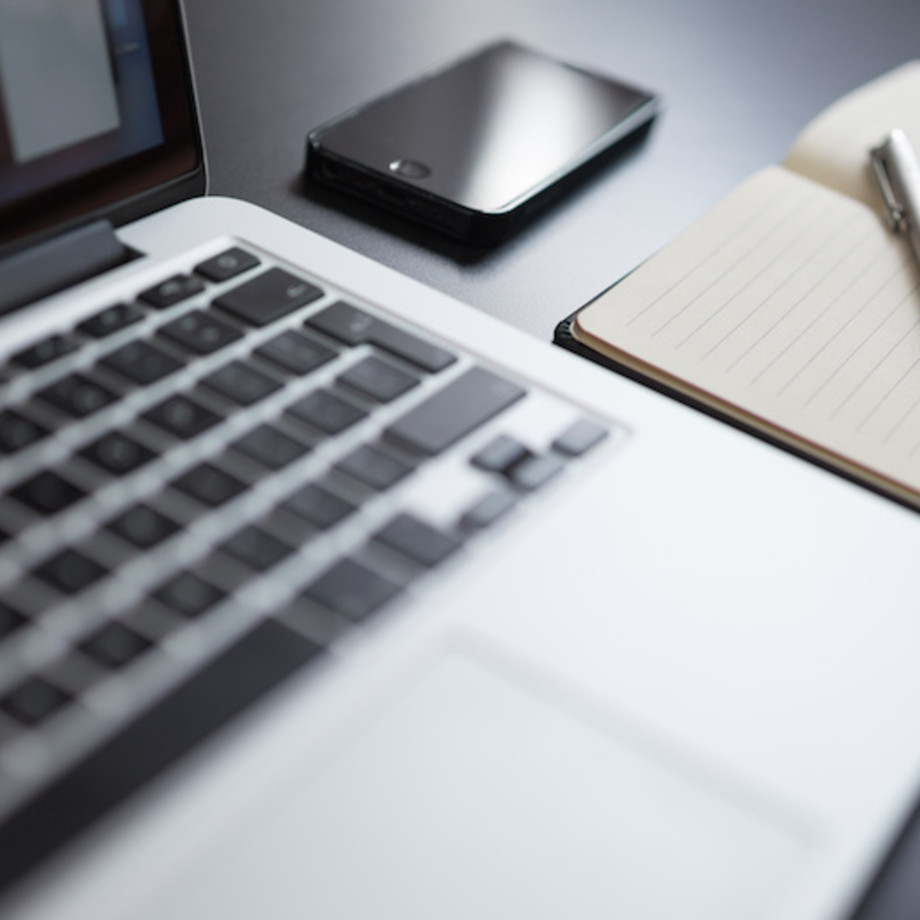 As Upbuid grew, the business needed to onboard employees quickly and efficiently. But they soon encountered the headaches that come with hiring and supporting a distributed team.

Justworks not only saved Upbuild money on personnel, it also helped their remote team operate with lower overhead costs. They can afford to be leaner and more financially flexible.

With an emphasis on automation and a seamless administrative interface, Justworks has allowed Upbuild to save time and money — growing its remote team with simplicity and ease.

At Upbuild, CEO Mike Arnesen and his team help clients navigate the complicated waters of marketing, SEO, and web analytics.

What started out as a one-person technical marketing agency grew into a company servicing clients all over the U.S. Mike suddenly had more clients than he could handle, which meant he needed to onboard employees quickly and efficiently.

Mike wanted his employees to experience the same benefits he did working remotely, like having a flexible schedule and location. However, he soon encountered the headaches many entrepreneurs face when it came to hiring and supporting a distributed team.

Mike shared how Justworks helps his company grow and scale, giving them the tools they need to keep the business nimble with a small overhead.

Our easy-to-use HR tools help you organize the information and relationships that make up your workforce.

As a PEO, we use our group’s buying power to secure plans and prices usually only available to large corporations.

Learn more about our pricing:

As Mike began to ramp up his business, he realized some of his 1099 employees were increasingly working full-time hours, and needed to switch over to W-2s.

But with that came a lot of implications — like someone dedicated to operating and managing payroll and benefits.

“I knew I had to do state and federal payroll filings and W-2s at the end of the year — that would have been a big investment,” Mike said. He also hired a bookkeeper part-time to manage Quickbooks. However, he knew that payroll meant adding another full-time employee to his roster.

“Thinking about that long term, it was going to be even more complicated and more involved. Justworks is cool because it handles everything. You don’t have to worry about it, and that made it a pretty easy choice,” said Mike.

Save Money on Personnel (and Office Space)

Using Justworks not only saved money on personnel, it also helped Mike keep his team remote with lower overhead costs.

“We can afford to be much leaner and much more financially flexible [without a full-time payroll and benefits manager].” said Mike. “Justworks allows us to be distributed, so we don’t need the office space that would carry a huge overhead cost.”

"It’s a strategic advantage. I can focus on finding the best fit for the team and I don’t have to be limited by geography."

Hire the Cream of the Crop

In the highly competitive digital marketing space, hiring the best people is crucial. With Justworks, he no longer had to worry about the paperwork headache associated with hiring people out of state.

“When we made our director of strategy hire, a woman in Oklahoma City, she said, ‘Make sure your person looks into Oklahoma taxes.’ At first my default reaction was, ‘Oh man, do I need to think of this stuff?’ It was such a relief to know it was going to be handled [by Justworks].”

He ended up bringing in other top talent from California and Colorado with ease and efficiency.

“It’s a strategic advantage,” said Mike. “I can focus on finding the best fit for the team and I don’t have to be limited by geography.”

Manage HR Needs From Any Location

Justworks’ services also helped Mike keep his business remote in a different way — eliminating the need to find and file paperwork in a physical office space.

Mike was able to do his job from the road with seamless automation, something he would have struggled with if he’d relied on traditional payroll providers and processes.

“Justworks has that functionality built in and you can see it in real time,” said Mike. “Being distributed and having Justworks allows us to exist in the way we want to exist.”

Overall, Mike has logged about 25 hours on HR and administrative tasks this year, including benefits, making reimbursements, and onboarding new team members. “That number easily could have been 100 hours without Justworks,” he said.

With an emphasis on automation and a seamless administrative interface, Justworks has allowed Upbuild to save time and money — growing its remote team with simplicity and ease.