What are Association Health Plans (AHPs)?

Why form or join an AHP?

Who can form or join an AHP?

What did the new rule change about AHPs?

Are AHPs a good option for small and medium businesses?

Association Health Plans (AHPs) provide an alternative for sole proprietors and SMBs to access affordable insurance outside of the ACA, but they also lack many of its protections. 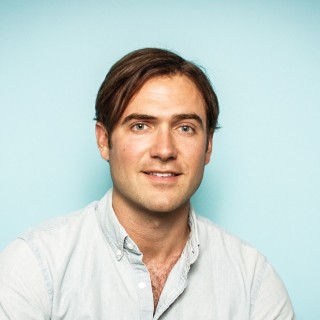 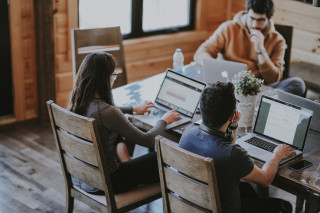 On June 19, 2018, the U.S. Department of Labor issued a final rule expanding access to Association Health Plans (AHPs). The action was widely expected and it follows an October 2017 Executive Order. Expanding access to AHPs has the potential to allow more small businesses and sole proprietors to access large group insurance plans. However, there are many factors to consider. Questions remain surrounding the quality, cost, and durability of coverage offered through the AHP model, which has been around for years, as well as the impact of expanded access to AHPs on the broader health insurance market. There's a lot to digest, so we've pulled together some key information about AHPs, the new rule, and potential impact to your business.

What are Association Health Plans (AHPs)?

In the simplest terms, Association Health Plans allow groups of individuals or small employers with "common interests" to form an association. So long as it meets the requirements of the new rule, the association can sponsor a group health insurance plan for its members. A group’s underlying “common interest” can be either geographic or trade based:

For example, through a national AHP, a group of dog breeders could band together to purchase health insurance for themselves and their employees, even if they operate in different states. Sounds simple enough, right? As you might have guessed — not entirely. They don’t have to have won at the Westminster Dog Show, but there are additional prerequisites that would influence whether these individuals and businesses could form an AHP. We’ll dig into those later. For now, let’s look at the why.

Why form or join an AHP?

AHPs provide the above types of “common interest” groups with the means to access the types of large group insurance coverage typically only available to bigger employers. For freelancers and sole proprietors with no employees, an AHP may be an attractive option compared to purchasing individual health insurance plans on the exchanges.

For freelancers and sole proprietors with no employees, an AHP may be an attractive option compared to purchasing individual health insurance plans on the exchanges.

It’s worth noting, however, that AHPs are the only arrangement allowing sole proprietors to band together with other similarly situated individuals and businesses to purchase health insurance. To this end, many people are excited that “AHPs could also open up a new path to health insurance for freelancers, a fast-growing segment of the American workforce,” as reported by Marketwatch. However, sole proprietors tend to have simpler overhead business operations and compliance needs. So AHPs, which can’t support other aspects of running a business like filing state and federal taxes, for example, can make more sense for them. Every freelancer's situation is unique, but an AHP’s sole focus on access to health insurance might be more attractive to them than, say, a growing businesses looking to reduce its operational risk or provide quality benefits to acquire and retain top talent. When compared with the plan premiums that businesses could access in the ACA’s small group markets, AHPs do provide a potential opportunity to access lower-cost group health insurance coverage.

Who can form or join an AHP?

Again, AHPs have been around for a while. “The most common examples have been farm bureaus, which allowed independent farming businesses to band together and get insurance,” as reported by Vox. To offer access to health insurance to its members, AHPs must:

What did the new rule change about AHPs?

Before the ACA, national association health plans were able to choose which states’ insurance rules to follow. For example, a bakers association could decide to apply rules for the insurance market in Alabama (a state with limited requirements) to bakers in New York (a state with many requirements). The Affordable Care Act altered these rules, requiring association health plans to provide businesses with the same minimum coverage as mandated by the law’s essential health benefits package. The new rule issued by the Department of Labor reverses these requirements once again, resulting in AHPs being able to offer plans that are less tightly regulated than those available through the ACA.

The new rule issued by the Department of Labor reverses these requirements once again, resulting in AHPs being able to offer plans that are less tightly regulated than those available through the ACA.

Why does this matter? As Axios reports, “They have more leeway to charge higher premiums because of age and gender, and they don’t necessarily have to cover all of the ACA’s essential health benefits,” which include mental health services, maternity care, prescription drug coverage, and more.

Are AHPs a good option for small and medium businesses?

If you are re-evaluating benefits for your company, you might be considering including AHPs in the short list. Cost is certainly one factor. According to a study by healthcare consulting firm Avalere, annual premiums in the new AHPs would be about $2,900 lower than those in the small group market. This could very well be a case of "you get what you pay for," though. As described above, in their newly proposed form, there is not enough structure or standardization to guarantee that plans offered through AHPs will be a consistently comprehensive and high-quality option. Fraud is another concern. Historically, weakly regulated AHPs have been fraught with fraud and abuse, and if the provider of an AHP defaults on their obligations, those covered under the plan have little protection. This has left some employers and their employees with hundreds of millions of dollars in unpaid medical bills. While AHPs provide a legitimate channel for accessing health insurance, the new rule has not directly addressed these historical fraud issues.

In short, when it comes to the new rule, the jury is still out. Nobody knows what this new phase of AHPs will look like or how the groups administering them will behave. AHPs do have the potential to expand access to large group insurance plans for freelancers and growing businesses. “Anything that offers competition in the marketplace and affords people the opportunity to get affordable health insurance relative to their needs is a good thing,” said David Feinberg, Justworks' VP of Operations and Risk, in a recent interview with Entrepreneur on AHPs. But we also know that growing with confidence requires strong foundations. Entrepreneurs understand that loopholes often unravel at the most inopportune times, and when it comes to giving their team access to quality health insurance, there's no room for unknowns. To that end, the new rule undoes some of ACA’s protections without much clear innovation around preventing AHPs from becoming a “race to the bottom” again. For growing businesses, certified PEOs represent a safe, proven, and affordable option. Given the level of uncertainty and history of poor quality plans, AHPs are particularly risky for entrepreneurs and small businesses who are serious about taking care of their teams.

Elliot is the Manager of Strategic Communications at Justworks.