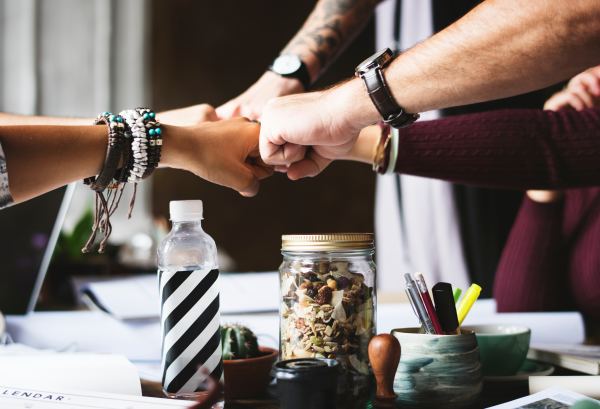 Considering a Business Casual Work Environment? Trends and Tips You Should Know

Posted July 10, 2018 by Justworks in Managing Your Team
Whether you’re thinking about going full business casual or simply trying to ease the seasonal pain of summer commuting, we pulled together some trends and tips with our friends at Harry's to help you make the right decision for your team.

For years now, businesses of all shapes and sizes have been ditching formal dress as a requirement at the office.

The trend starts with clothing but also represents a broader relaxation around personal expressions like tattoos, facial hair, and jewelry.

Plus, bosses everywhere are seeing how perks like “casual Fridays” can contribute significantly to boosting employee morale.

It certainly helps that millennials officially became the largest generation in the United States labor force in 2016. Roughly 35% of the workforce is now people between the ages of 22 and 37 — with about 56 million of them currently working or looking for a job.

By 2025, that proportion could be as high as 75%. So, whether you’re thinking about going full business casual or simply trying to ease the seasonal pain of summer commuting, we pulled together some trends and tips to help you make the right decision for your team.

The rise of the millennial majority and, in some cases, their companies have certainly helped to shift workplace norms for style.

Just a decade ago, who would have thought that t-shirts, jeans, and sneakers would be synonymous with some of the world’s most powerful corporations?

Get your free copy of 109 ways to appreciate employees on a budget.

While the shift in style arguably grew up with tech, in recent years, a business casual work environment has proven its broader appeal.

JPMorgan Chase, for example, was one of the first major multinational banks — traditionally a conservative bunch — to shock Wall Street by executing the business casual look in 2016.

Since then, numerous other titans like IBM and General Electric have followed suit by ditching the suit and donning a more millennial wardrobe.

Even the banks are doing it? Move over shoulder-pads and peaked lapels — the 80’s are officially over.

That said, there’s still a lot to like about keeping business, well, professional.

If you're still teetering between pantsuits or jeans, consider these factors when determining the right balance of work and play for your team:

Justworks has written a lot about the importance of focusing on employee morale.

That makes investing in employee happiness extremely worthwhile for any entrepreneur. Relaxing the dress code around the office can deliver just that and, even better, it requires little to no actual investment.

Business casual can also be an excellent reward for a standout employee’s hard work. Instead of making it a company-wide perk, next time someone goes above and beyond, show your appreciation by offering up some wardrobe flexibility for a day (or two).

If you’re still not quite ready to go all in, try testing the waters by investing in some more casual company clothing.

Letting employees wear their more casual swag pieces is a great middle ground between keeping it professional and relaxed at the office.

There’s also the argument that stricter dress codes can stifle individuality and freedom of expression.

Of course, there’s the right balance for your business (and industry), but who says you can’t rock blue hair and be the CEO? We certainly know entrepreneurs who are doing just that.

Attributes such as tattoos, piercings, and facial hair — once stigmatized in the workplace — are natural outlets for allowing your employees more room to flourish.

Facial hair, for example, has come a long way over the years. Once frowned upon in the office, it has become widely accepted.

Don’t take our word for it. In 2013, the American Mustache Institute (AMI) — yes this is real — released the first significant study on facial hair in the workplace since 1991.

Their study showed that 92% of Americans surveyed believe that mustaches are appropriate for the workplace.

Of course, that’s no excuse to get sloppy. Keeping a mustache or beard trimmed and under control with a sharp razor is key to appearing neat and professional.

Tattoos are also transitioning from taboo to corporate-cool. Pew Research Center estimates that about 40% of millennials have a tattoo, but if you rewind to just 2011, Forbes was publishing that tattoos had a negative impact on employment.

No more than two years later did they publish the opposite, saying tattoos were “no longer a kiss of death in the workplace.”

More recent research revealed that 86% of young professionals surveyed thought piercings and tattoos do not reduce the chance of getting a job, alongside 83% who thought tattoos had no relation to "deviant” behavior in the workplace.

Depending on what the tattoo is, people may feel more comfortable covering it up at work, but that's a much different situation than an employer banning them outright.

Finally, opting for a less formal dress code can have benefits to tangible workplace productivity.

Take those of us who work at businesses in warmer climates year-round or everyone that dreads the misery of a sweaty subway ride in August. There's a good chance we'd all be a little more comfortable (and productive) given an opportunity to ditch pants for a pair of shorts.

After all, Forbes maintains that physical comfort can translate to higher productivity — claiming that happy employees are up to 20% more productive than unhappy employees.

A successful business begins with happy employees. It shouldn’t come as any surprise that the alternative can cost you — in real terms.

So, if you’re looking to give your team a boost this summer, implementing a business casual environment is certainly worth considering. Of course, there are many other small changes and gestures you can make towards creating a more enjoyable workplace.