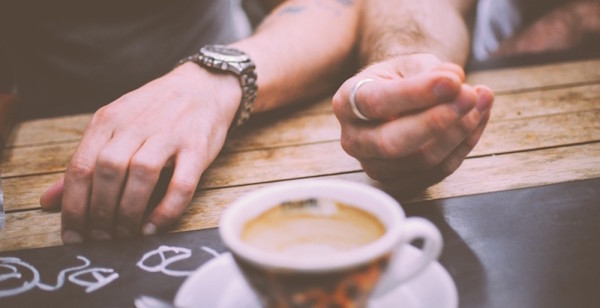 Posted February 10, 2020 by Justworks in Managing Your Team
Giving peer-to-peer reviews is uncomfortable, at best, if you don't prepare. Get educated on making the difficult conversation a whole lot easier.

Peer-to-peer review can feel awkward and sometimes ineffective. But constructive criticism is important in business. Quality feedback helps people improve and therefore, helps the company improve. Learn how to effectively give and receive criticism, build your empathy, and improve your ability to communicate and listen. These tips are also great for supervisors to use at performance review time as well!

Get 110 ways to appreciate employees on a budget, free.

How to Give Constructive Peer Feedback

Before you even say a word to your coworker, identify the goals of your conversation. What are you hoping to get out of this? It will help you stay focused.

The feedback sandwich is essentially the method of sandwiching criticism in between compliments to soften the possible negative reaction to the critique. It gives your coworker the false sense that what they’re doing is ok. If you’re giving them two compliments while trying to give constructive feedback, they’re likely only to hear the good and think there’s nothing to change. It can also lead to a false sense of progress which can, in turn, frustrate you and your coworker.

3. Do It Early but Don’t Catch Them Off Guard

If you notice a problem with a peer, don’t wait to address it. Give your coworker an opportunity to fix the issue as soon as they can. The earlier you catch it, the easier it will be to fix. Solving the problem early on will save time and energy on both sides. But, at the same time, don’t catch them off guard. Approaching the conversation respectfully is imperative here. Give your peer ample heads up any time you want to discuss something sensitive. Defensive conversations in the workplace aren't good for anyone.

Remember to be positive. People are more receptive to peer feedback when the person giving them that feedback has a positive attitude. The goal is to solve an issue not to create another one by offending someone.

Don’t hide anything. Just be clear and to the point. Trying to outright avoid what the problem is will only make it worse, and your coworker may not understand the issue. Say what you mean.

Give examples when you can, and outline how you'd prefer things to change moving forward. The more detailed your feedback is, the easier it’ll be for your coworker to implement change.

7. Don't Tell Them They're Wrong

They may not agree with you and it makes the confrontation more, well, confrontational. Rather than pointing out what is wrong, suggest better options. Don’t order them to do something.

For example, use “what if” instead of more negative words or phrases. “What if we do it this way going forward?” is better than “this is not good,” or “you’re doing a good job, but I’d prefer if...” Steer clear of linking your positive and constructive feedback with “but,” “although,” or “however” because this can make your compliment sound insincere.

9. Use the Passive Voice

Use the passive voice when giving difficult feedback to a peer. While it’s not effective in writing, the passive voice can be useful when giving constructive criticism to a coworker, because it draws the attention away from the coworker you are criticizing. For instance, saying that “last week's memo wasn’t the best” sounds better than saying “you wrote a bad memo.” Your coworker will focus on improving their work, rather than feel like you are talking about them personally.

10. Focus on the Problem, Not the Person

Like we just suggested with using passive voice, focus on the actions that are a problem rather than telling the person that they’re a problem. They may not take it well if you criticize them as a person, but if you talk about their work, they are more apt to listen.

11. Make It a Two-Way Conversation

Listen to what your peer has to say. Encourage them to ask questions and consider their suggestions. If they feel like they are being heard as well, they are more likely to take your criticism well.

12. Put Yourself in Their Shoes

When thinking of giving constructive feedback, make sure you’re considering how you’ll be perceived. A good way to do this would be to ask yourself how you’d react. Would you be offended or grateful that someone pointed this out to you? It’s also important to consider the personality type you’re giving feedback to because different personalities have a range of reactions. Giving constructive and effective feedback to a peer is something you’ll have to do at one point or another, so it’s an important skill to learn. Understanding the challenges of giving constructive feedback will make you a better employee and coworker. It can also help you receive criticism better yourself.