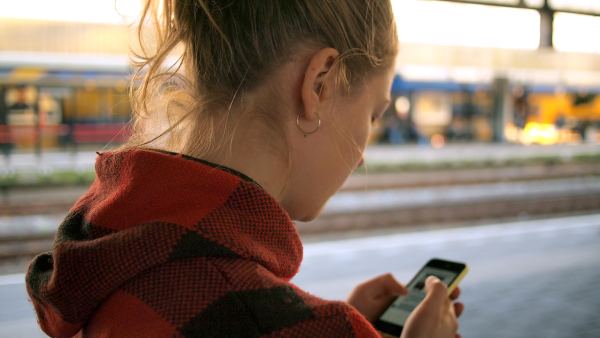 Employers: Here’s What the NYC Right to Disconnect Bill Could Mean for You

Posted June 20, 2018 by Justworks in Keeping Compliant
A new workers’ rights bill proposed in New York City would make it illegal for employers to require employees to respond to emails outside of usual work hours.

Your company’s offices may be mostly empty by 6 or 7pm — but your employees’ email inboxes likely aren’t.

A “right to disconnect” bill introduced before the New York City Council in March 2018 wants that to change. The bill would make it illegal for private NYC businesses with 10 or more employees to mandate their employees to respond to calls, emails, or texts outside of their standard work hours. The bill doesn’t forbid sending after-hours emails, but aims to remove any pressure for employees to respond.

City Councilman Rafael Espinal (D), who introduced the right to disconnect bill this March, based it off a similar workers’ rights law in France, which applies to companies with more than 50 employees. While France has had a 35-hour work week since 2000, New Yorkers work on average over 49 hours per week and spend an additional eight hours a week sending email, according to the New York Times.

The right to disconnect bill is still under consideration. Espinal’s office expects public hearings by the end of the summer. Mayor Bill de Blasio and New York City Council Speaker Cory Johnson have not yet come out publicly with their positions on the bill. If it passes, it would be the first workers’ rights law of its kind in the United States — and would force many New York City employers to reevaluate their policies and culture.

What the NYC Right to Disconnect Bill Says

Here are the basics of the right to disconnect bill (read the full text here):

Written notice, policy: Employers must give written notice to employees of their rights under this law, and adopt a written policy regarding the use of electronic devices to send or receive work-related communications during non-work hours. The policy must include the usual work hours for each class of employees and the categories of paid time off to which employees are entitled. Under the proposed law, written notice must be provided to any existing employees within 30 days of the effective date of the law or to any new employee at the commencement of their employment.

No retaliation: Employers can’t punish employees for exercising their right to disconnect.

Employers would face a $250 fine each time they require an employee to access work-related emails or texts outside of standard work hours. Potential penalties escalate from there. If an employer disciplines an employee—but doesn’t fire the employee—for failing to access off-hours work-related emails or texts, the employee would receive any lost wages and benefits plus $500 and other “equitable relief as appropriate” (in the case of an unlawful termination, that penalty would rise to $2,500).

Employers would also be subject to civil penalties payable to the city of New York if they violate the right to disconnect — up to $500 for the first instance and, for subsequent violations that occur within two years of any previous violation, up to $750 for the second and up to $1000 for each additional violation.

What Actions Should I take to Prepare?

1. Review the bill to determine whether the law would apply to your business and/or employees, or if you qualify for one of the stated exceptions. 2. Determine whether your business has a policy in place specifying usual work hours for each class of employees and categories of paid time off. Categories of paid time off include vacation days, personal days, and sick days. 3. If you do not, it’s best to consult with your lawyer to determine if there are any steps you should take now in case the bill passes. 4. Your company should be prepared to adjust its culture as well as policies if the bill is passed into law.

Posted June 20, 2018 by Justworks in Keeping Compliant
Read This Next
It can be difficult to define and achieve the right “work-life balance.”...
Read more
March 12 · Managing Your Team
Defining Work-Life Balance for Your Small Business
More in Keeping Compliant
The Accountant's Guide to Payroll Health Insurance Renewals: Here’s Why They’re Necessary For Your Company COVID-19 Guidelines Employers Need to Know Before Returning to Work How to Stay Compliant While Working with an Outsourced HR Partner 6 Paid and Unpaid Leave Laws Every Employer Should Know About