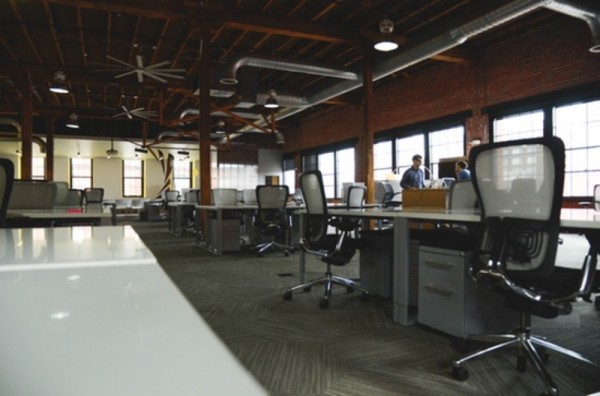 Is it Time to Say Goodbye to the Open Office Plan?

Posted January 21, 2016 by Caroline Whitney in Running a Business 101
Is it time to say goodbye to the open office plan? We've done the research and weighed out some of the pros and cons.

Open office plans became a trend in the last few years. So much of a trend in fact, that 70% of offices have low partitions, or no partitions at all, anymore. All kinds of companies — startups, tech, finance — started implementing an open plan for various reasons. Some company owners cite open collaboration and transparency as their reasons for switching over to the new design. Others say that open plans are a money saver. The idea was such a hit, that even freelancers latched on to the idea, opting to network with others and share ideas in co-working spaces. But some are saying that the open office layout has more cons than pros — and it’s time to shift back to the traditional office layout.

What is an Open Office Plan?

We all know what a traditional office layout looks like: offices that occupy a large space, divided up into individual offices by cubicles or doors. An open office plan, by contrast, has no dividing walls separating the space. Employees could be working at a large bench or cluster of tables together. The idea first arose in the 1950s in Germany, from a team who wanted to increase productivity through communication and idea flow.

Why the Recent Trend?

So why have so many companies shifted to the open plan? For a multitude of reasons. Here are a few:

All of this sounds great, however, recently companies have started pulling away from the open plan that seemed so innovative. Why?<

Companies are recognizing that the cons are outweighing the pros with open spaces, and they're adapting. More and more offices are changing their open office plans to try and reduce the cons. For example, by setting up clusters of workstations instead of one big open area, having "office neighborhoods," and/or making sure there are quiet spaces for meetings. Others are opting to keep their traditional office space, finding it works for them.

What do you think? In which type of work environment would you thrive? Which type of office is best for your company and the work that you do? With publications like The Onion even talking about it, the debate will no doubt continue.

Posted January 21, 2016 by Caroline Whitney in Running a Business 101
Read This Next
Moving offices is a big task, and so is maintaining company culture...
Read more
February 3 · Managing Your Team
Moving Offices: 5 Ways to Promote Company Culture After the Move
More in Running a Business 101
5 Benefits of an HR Management Platform Thinking About Switching From One PEO to Another? Here’s What to Consider Expert Tips on Cultivating a Commanding Video-Conferencing Presence The CARES Act: Understand Your Business's Options for COVID-19 Relief Cybersecurity in the Midst of COVID-19