Who Does This Affect?

What are the Benefits?

When Can Time Be Used?

Accrual, Usage Caps, and Other Rules

Confused Much? JustWorks Can Help

Ensure you know all the rules about the new California Paid Sick Leave law that went into effect July 1, 2015. 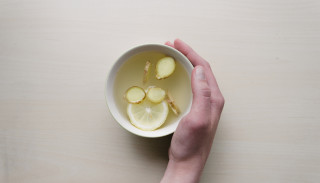 In what will likely become a trend around the country, California’s Health Workplaces, Healthy Families Act of 2014 went into effect on July 1, 2015. The bill, which took a few years to actually get through the Californian legislation, requires that companies provide paid sick leave for the majority of people that work in the state. This is a real coup for many low-wage workers in California because they have lacked the ability to ever take any time off.

The requirements for people to accrue leave are relatively straight forward. Once an employee has worked for you for 30 days over the course of a year, he or she is entitled to start accruing time. One those 30 hours come, the employee accrues one hour of paid sick leave for every 30 hours that he or she works. Therefore, if your employee works a 60-hour work week, they will get two hours of paid sick time off.

What to Consider When Drafting Company Leave Policies

Who Does This Affect?

This bill has an effect on the majority of people in California. Whether the employees are full-time, part-time, or exempt doesn’t matter because they are entitled to the same paid time off for illness as everyone else. Even non-California residents and migrant workers are covered by this law.

The only exceptions are:

The reality is, if you have employees in California, you are likely going to have to provide paid time off.

What are the Benefits?

As stated above, the basic requirements are that an employee must receive an hour of paid sick leave for every 30 hours spent working. What matters most is that employees wind up receiving at least 24 hours—three days—of paid sick time in any calendar year, 12-month period, for each year of employment.

For those that are salaried—otherwise known as exempt—the law put in place the baseline that they worked 40 hour workweeks unless they specifically are tasked to work less hours. What this means is that if your employees are salaried and you say that their hours are only for 30 a week, then that is the number of hours. However, if you say that your employees are salaried and you don’t select a number of hours, the law stipulates that they are automatically working 40 hours a week. That means they get 1.33 hours of time off for being sick for every week they work.

When Can Time Be Used?

Despite the fact this is pretty self explanatory, it still helps to talk through what, exactly, employees can use the time off for. There are three instances that employees can take time off:

Accrual, Usage Caps, and Other Rules

There are two separate caps that employers can impose on employees. The first cap is the annual cap on accrual, which is 48 hours or six days. What this means is that an employee works for more than 1,440 hours, they will still only need to receive a total of 48 hours of sick leave. It doesn’t matter how many more 30-hour slots the employee fills; the company can put a cap on accrual.

In the same breath, the employer can put a cap on how much sick time can actually be used to three days, or 24 hours.

In some cases, the company also has to honor hours being carried over. This is to ensure that employees have sick time for the first few months in the year when they have not accrued a significant amount of time. The only time that the employer doesn’t have to offer roll over is when they provide an up-front 24 hours of sick time right at the start of the year.

The final rule that many employers will likely care about is that these days don’t have to be paid out in the form of cash when the employee leaves. Unlike vacation days, which should be paid out, if an employee doesn’t use the sick leave and then leaves, they sacrifice those hours.

Confused Much? JustWorks Can Help

If all of this is confusing to you, that’s okay. Justworks has the functionality built into the system so that when employers from California sign up, it will automatically start adding hours to the employee once they have crossed the 30-day mark. And as each 30-hour block is worked, the employee will receive an additional hour of paid sick leave.