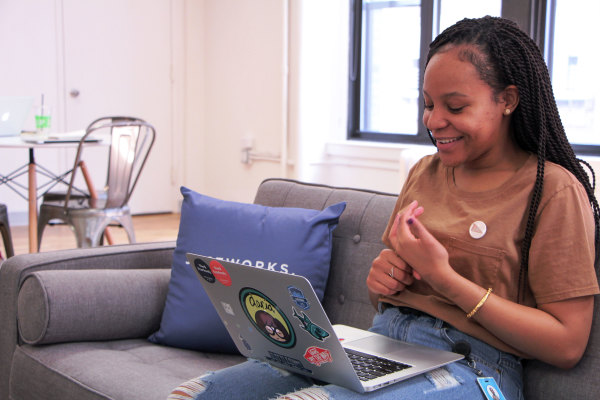 So You Want to Pay Your Interns: A Guide to Paid Internships

Posted May 11, 2018 by Sasha Butkovich in Managing Your Team
Hiring paid interns can bring up a lot of questions. Here, find an overview of some key considerations for your paid internship program.

We’ve discussed interns quite a lot on this blog, including guidance around how to hire interns legally. We’ve also written about some of the rules on unpaid internships.

Many businesses actually want to pay their interns. Of course, this can often bring up more questions. How much is the right amount to pay interns? Do I pay them a stipend or regular wages? Are there any rules I need to follow?

Glad you asked! For those of you looking for more guidance around paid internships, here are some things to know.

Looking for more tips on interns? Download our free internship handbook for guidance on building a truly standout internship program.

Right off the bat, it’s important to know that paid interns are employees. “Intern” isn’t a separate employment class with different rules to follow. Intern is effectively just a job title, like engineer or receptionist.

People often think of the term intern as meaning “pre-entry level.” In many cases, that’s fine. But just because a person is in college doesn’t mean they have to be an intern.

Make a valuable program with our internship handbook.

Paid interns are W-2 employees with the same protections as your other employees, and laws like the Fair Labor Standards Act (FLSA) and minimum wage laws, among others, apply to paid interns—that includes such protections as meal and other breaks, and overtime wages, if earned.

Paid interns are W-2 employees with the same protections as your other employees.

There are two exceptions under the ACA to keep in mind for paid interns: seasonal employees, and employees who work less than 30 hours per week. If your company hires interns during the summer season only, for example, you may be able to fit such employees under the seasonal employee exception, which generally permits employers to exclude certain categories of employees who work at the same time each year and for no more than 120 days.

Additionally, if your paid interns work less than 30 hours per week, you may be able to exclude them from group health insurance coverage as part-time employees. Furthermore, a paid intern who will work for your company for no more than 90 days may not be eligible for group health insurance coverage, depending on how the applicable plan documents define the initial waiting period.

Related Article: A Simple Guide to Exempt vs Non-Exempt Employees Under the FLSA

Now, when it comes to classifying your intern, they will likely be classified as non-exempt hourly employees. This is because they’re not managing people, and their title implies that they’re not exercising “independent judgment with respect to matters of significance” in the workplace. You can see the Department of Labor website for more detail on those exemptions.

Wages or a Stipend?

Most interns must be paid at least the applicable minimum wage for all hours worked. Under very limited circumstances, a company may participate in an unpaid educational internship program. You should make sure you understand applicable federal and state laws, and consult with your legal counsel before rolling out an unpaid internship program.

Employers sometimes think of stipends when it comes to interns, and want to provide a weekly stipend rather than regular wages. This arrangement would generally not work. If your company is participating in an unpaid educational internship program, however, you may be able to provide an expense reimbursement stipend under limited circumstances, including the following:

Related Article: What is Employee Expense Reimbursement and How Does it Work?

It’s important to know that a stipend generally cannot be paid in place of regular wages. As mentioned above, paid interns are W-2 employees and are entitled to be paid at least the applicable minimum wage for all hours worked. You could reimburse a paid intern for food or travel expenses, provided they give you receipts, but it’s generally not a good idea to provide such reimbursement by way of a flat amount stipend up front.

How Much to Pay Interns

As indicated above, paid interns must be paid at least the applicable minimum wage for all hours worked and overtime wages, if they work overtime. However, you can always pay them more. Whether you pay an intern more than the applicable minimum wage will depend on the business reasons for doing so, including the market, what you can afford, and your assessment of the value of the work the intern will be performing.

Moses Balian, an HR Consultant at Justworks, advises employers to pay interns the highest minimum wage in the country, which is currently $15/hour. Why?

The first reason is that no matter where you hire in the country, you won’t have to worry whether you’re meeting the minimum wage requirements. Another reason is that in many major cities, it can be tough to cover living expenses on a lower minimum wage.

One suggestion: Pay interns on the assumption that they don’t have another income stream to broaden your pool of applicants.

“At $15/an hour, an intern could have an apartment with roommates in an area that’s less than an hour’s commute to work,” Moses said. “Also, it’s just a good wage!”

Moses also suggests paying interns on the assumption that they don’t have another income stream. Otherwise, you may unintentionally limit your pool of applicants to those who have outside help to support them. While there’s nothing wrong with that, it may translate to less variety of experiences among your employees, and missing out on great candidates from other backgrounds.

Once you’ve determined that you want to to offer someone a paid internship, you actually have to set them up in your payroll system as a W-2 employee. Setting up wage payments in Justworks is simple.

As a reminder, an intern who continues to work for you full-time after 90 days may become eligible for benefits. In many cases, especially for college students who have less time to work after a paid summer internship is over and they have returned to a regular schedule of classes, a continued internship would likely involve less than 30 hours of work per week. Working fewer hours may render the paid intern ineligible to participate in coverage under Justworks’ group health and welfare plan.

The decision to offer paid internships can come with its fair share of considerations, but it doesn’t have to be complicated. Ensure you follow all applicable laws, pay interns a wage you think is appropriate (as long as it’s at or above the minimum wage), and both parties stand to gain value from the internship.

Posted May 11, 2018 by Sasha Butkovich in Managing Your Team
Read This Next
Studies show that a diverse and culturally robust workplace can...
Read more
March 28 · Running a Business 101
How to Prioritize Diversity in Your Next Internship Program
More in Managing Your Team
Managing Teams During COVID-19: Leading in the Grey Remote Work-Life Balance During COVID-19 Coping with Unexpected Staffing Changes: More From the Experts How to Provide Workplace Support When an Employee Passes Away Ways to Improve Your Mental Health on Your Lunch Break