Misclassifying employees as independent contractors is a serious issue that could cost your company money. Learn the penalties you need to avoid. 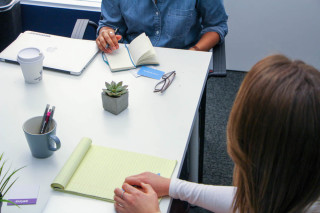 Employers and employees alike often face confusion regarding whether part-time or temporary workers should be classified as employees or independent contractors. One reader wrote to us with the following scenario:

I sit in a pod with 3 other full time employees doing the exact same work I'm doing. Company supplies a computer, a phone extension, an email address. I have to work 9 to 5:30 Monday through Friday, occasionally (sometimes often) staying late (at least I'm paid hourly). ... They had me sign a contract that said “I am not a full-time worker, company is not liable”, etc.

Was this individual really an independent contractor?

Well, an American Payroll Association instructor once told a class, “You can call a shark a guppy, but that won't stop him from biting you.”

Having a worker sign an agreement that states they are not an employee does not necessarily make it so. We've outlined below some of the key components of independent contractors.

Psst... We've built a comprehensive guide outlining all seven employee types. Download your free copy of the How to Correctly Classify Your Employees eBook.

What is an independent contractor?

This IRS publication provides a detailed explanation. The key element, however, is the amount of control an employer has over the worker.

Generally speaking, a company that contracts with an independent contractor tells the contractor what the scope of work is, but doesn’t have any control over how the contractor achieves the desired result. The contractor may use their own materials and have expenses that aren’t reimbursed.

The IRS has a “right-to-control” test that is used to determine whether an individual is an employee or an independent contractor. The IRS says that the facts that provide evidence of the degree of control and independence fall into three basic categories:

How to Correctly Classify Your Workers

For example, the test to determine independent contractor status under federal tax law is not the same as the test applied under the Fair Labor Standards Act (FLSA). Different tests may apply under state law.

Let's examine the IRS factors in light of the above scenario.

Does the employer have the right to control how the above worker does the work for which they were hired?

In this case, the employer specified when and where the person worked, and what equipment they used. In addition, they were performing the same tasks as other workers who were treated as employees. So, under this test, the worker looks more like an employee than an independent contractor.

An independent contractor is likely to have unreimbursed business expenses, have a significant investment in the facilities or tools they use, can offer their services to others in the relevant market, and is usually paid a flat fee.

The worker in the above scenario doesn't have business expenses, has no investment in the tools they are using, and is paid hourly. We also don’t know whether the worker is free to offer their services to others. So, under this test, the worker still looks more like an employee than an independent contractor.

In addition, the scenario above does not mention employee benefits. If the worker was not offered employee-type benefits, the worker may look slightly more like an independent contractor. However, the person appeared to be performing work that was a key aspect of the business, because they were doing the same work as the employees.

Taking all these facts into account, the worker in the scenario above really looks more like an employee than an independent contractor.

The simple answer is money. By classifying a worker as an independent contractor instead of employee, an employer avoids the following expenses:

First of all, how do employers get caught? One way is when a worker who believes they have been misclassified as an independent contractor files a complaint with either their state Department of Labor or with the U.S. Department of Labor (DOL). Another way is when a worker who has been classified as an independent contractor files for unemployment benefits, or is injured while working or driving for work and tries to file a workers’ compensation claim.

The ramifications for an employer can vary depending on whether or not the DOL and the IRS determine the misclassification was unintentional or intentional, or even fraudulent.

An estimated 3.4 million employees are classified as independent contractors when they should be reported as employees.

If the misclassification was unintentional, the employer faces at least the following penalties, based on the fact that all payments to misclassified independent contractors have been reclassified as wages:

If the IRS suspects fraud or intentional misconduct, it can impose additional fines and penalties. For instance, the employer could be subjected to penalties that include 20% of all of the wages paid, plus 100% of the FICA taxes, both the employee's and the employer's share.

Criminal penalties of up to $1,000 per misclassified worker and one year in prison can be imposed as well. In addition, the person responsible for withholding taxes could also be held personally liable for any uncollected tax.

Criminal penalties of up to $1,000 per misclassified worker and one year in prison can be imposed as well.

The July 2011 newsletter of the American Bar Association stated: “By some estimates, contingent or temporary workers could reach 30-50% of the U.S. workforce. A federal study contends that an estimated 3.4 million employees are classified as independent contractors when they should be reported as employees.

There have been some dramatic cases involving unpaid overtime and FICA taxes that were the result of employee misclassification.

In March 2014, Empire Janitorial Sales and Services Inc. of Metairie, Louisiana, paid more than $277,500 in back wages to current and former workers employed by subcontractor Acadian Payroll Services LLC because of misclassifying 233 janitorial workers.

Endeavor to properly classify workers. If you are a Justworks customer, you have access to HR professionals at the ready to help you determine the best way forward with these complicated issues.

If you hire a worker and disagree on the individual's classification, you can file Form SS-8, Determination of Worker Status for Purposes of Federal Employment Taxes and Income Tax Withholding, with the IRS. While waiting for a determination from the IRS, you should still treat the worker as an employee, withholding all necessary taxes.

Misclassification of employees as independent contractors is a serious issue. It's always a good idea to consult with employment counsel to ensure compliance with applicable laws.